A bit of extra info, with links, in case you want to delve a bit deeper into the stories featured in Episode Two of Britain at Low Tide, Series Two.

This particular episode was fun, but also very moving to film. It’s a funny feeling, because from the safe distance of 2018, it is all to easy to get caught up in the excitiment of a Girls Own adventure — I got to ride in a tank! And go out on a boat! And explore beneath the waves with a remotely operated submersible!

And then it hits you: the reality of war. People died. And their loved ones didn’t know why, or when, or where. FOR OVER FIFTY YEARS.

Thankfully, people like John Pearson exist. He’s not just a tank enthusiast, though I am glad he is that too (thanks for the tank ride, John!): he was he was responsible for placing the plaque at Fort Henry commemorating the six men who died in Exercise Smash. For the first time, family members like Joan Brunt, the widow of Arthur Parks, had a memorial for their loved ones where they could mourn their passing.

So lets just take a moment to remember those who died on the 4th April 1944:

Just six names amongst the tens of millions of people who died worldwide in the second world war. But worth remembering nonetheless.

Next week we are across the border on the River Clyde, where we lark around in the mud investigating how a river as ridiculously shallow as the Clyde ended up becoming the shipyard for some of the world’s largest ships… and get scorched uncovering the secrets of a mysterious crannog — 8pm, 3rd March, Channel 4.

And don’t forget, if you want to get involved in coastal archaeology CITiZAN have loads of opportunities: https://citizan.org.uk/get-involved

View from the turret. I felt a bit like Margaret Thatcher.

Oliver is sent below, where he belongs.

Valentine Duplex Drive tanks weren’t actually used in D-Day. Instead, by the time the 6th June 1944 came around, enough of the bigger and better (it didn’t have to have it’s gun turret spun around in the wrong direction while afloat..) Sherman Tanks had been modified to duplex drive, with the characteristic canvas skirts. Valentines continued to be used for training, and also saw active service in Italy 1945. 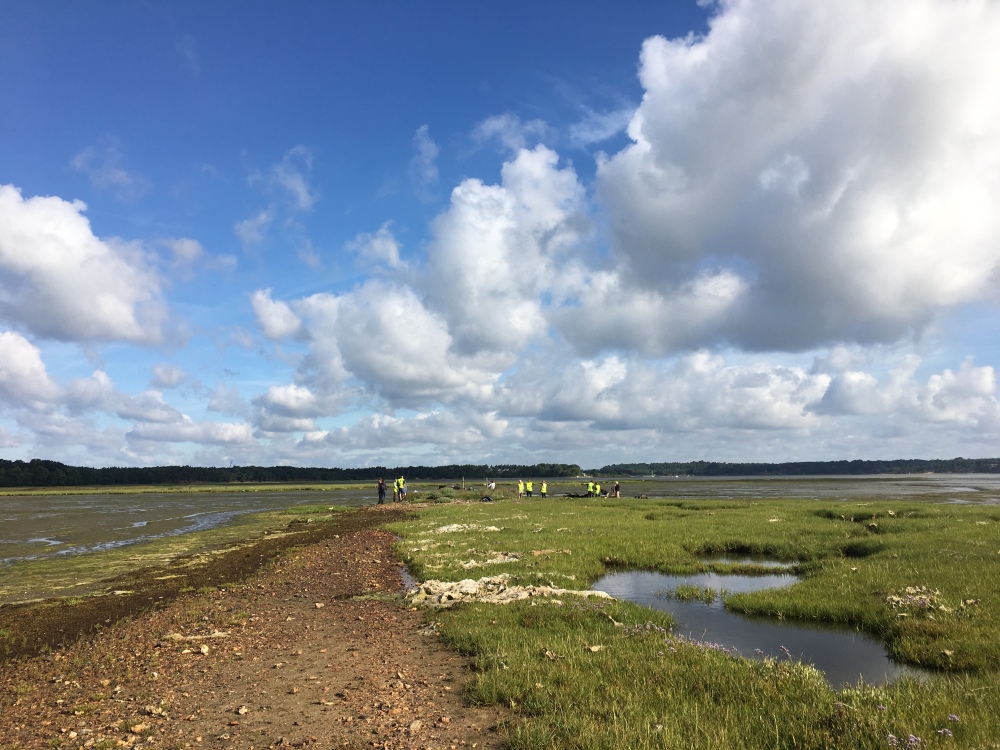